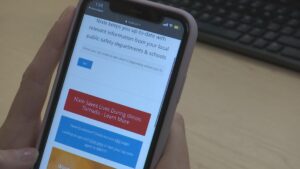 She says the alerts for the county are currently being tested before getting released to the general public.

The level 1, 2, and 3 alerts will be sent through Nixle, directly to your cell phone.

“It makes the system a little bit more of a news feed for the general public awareness which is not its original intent, but we understand there’s a desire for more information even if you’re not in the impacted zones,” said Ring.

She says the special keyword for Josephine County residents should be released sometime next week.

Governor Kate Brown is also urging Oregonians to prepare for emergencies by signing up to receive alerts through Oregon’s new emergency alert notification system, OR Alert.