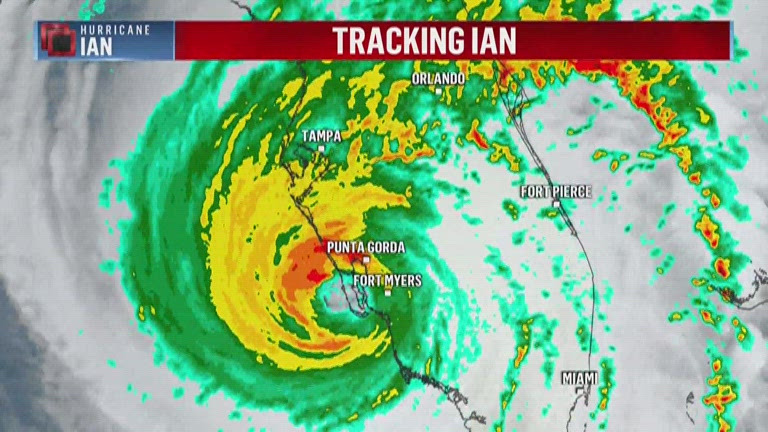 Florida Governor Ron DeSantis (R) said, “155 mph winds are incredibly dangerous. There will be debris in the air and flooding powerful enough to move cars around.”

Even before the worst of the storm hit, people in Fort Myers already saw mass flooding.

In some areas, the storm surge could reach life-threatening levels of near 18 feet. Already, hundreds of thousands of people are without power.

Ahead of the storm, there were lines on interstates as residents scrambled to evacuate. But some chose to stay behind and ride it out. One of those people is Heather Lundy McDonald of Sarasota. She said, “I have my safe room ready. We have a second bathroom with no windows. I have the bed in there, dog food, and water. The bathtub is full.”

DeSantis is expected to submit a request for a major disaster declaration for all 67 counties which allows the federal government to send funds for cleanup.