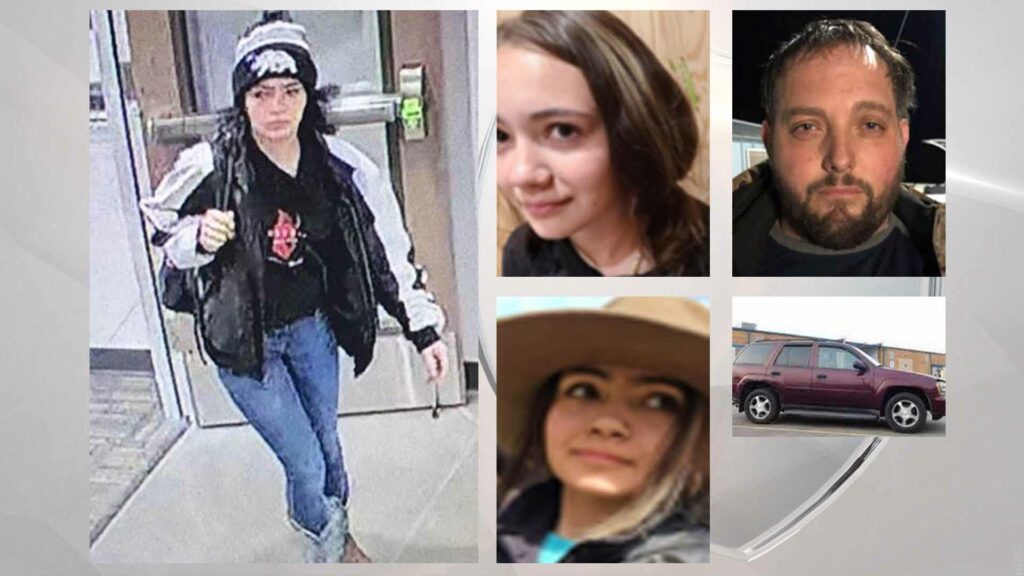 LEWISTON, Idaho – An AMBER Alert has been issued for a missing Idaho girl.

The National Center for Missing and Exploited Children said 15-year-old Lillian Dixon of Lewiston, Idaho, has been missing since December 3. Dixon is likely with 36-year-old Jonathan Bowles, who is wanted on multiple felony warrants for child molestation out of Garfield County, Washington.

It’s believed Dixon and Bowles were seen together in Starbuck, Washington on Monday, December 6. Later that same day, there was another possible sighting in nearby Pomeroy, Washington.

Lillian Dixon is described as 5’2” tall and weighs 100 pounds with brown hair and brown eyes. She was last seen wearing a black and white “California” stocking cap, black and white jacket with “8” on the back, a black shirt, blue jeans, brown and blue cowboy boots, and a yellow and blue backpack.

Jonathan Bowles is 6’2” tall and weighs about 235 pounds with brown hair and blue eyes.

The pair may be traveling in a stolen 2007 maroon Chevy Trailblazer with Washington State plate BKA0197.

Bowles may armed and dangerous. If either he or Dixon is seen, citizens are asked to call 9-1-1.