PORTLAND, Ore. (KGW) — April will end as one of the wettest on record for Oregon. The most recent three-month outlook from the Climate Prediction Center has the region drying out over the coming months.

After record breaking hot temperatures last summer, many are wondering — what will this summer look like?

Episodes of El Niño or La Niña typically last from nine to 12 months, but can sometimes last for years, according to the National Oceanic and Atmospheric Administration (NOAA). 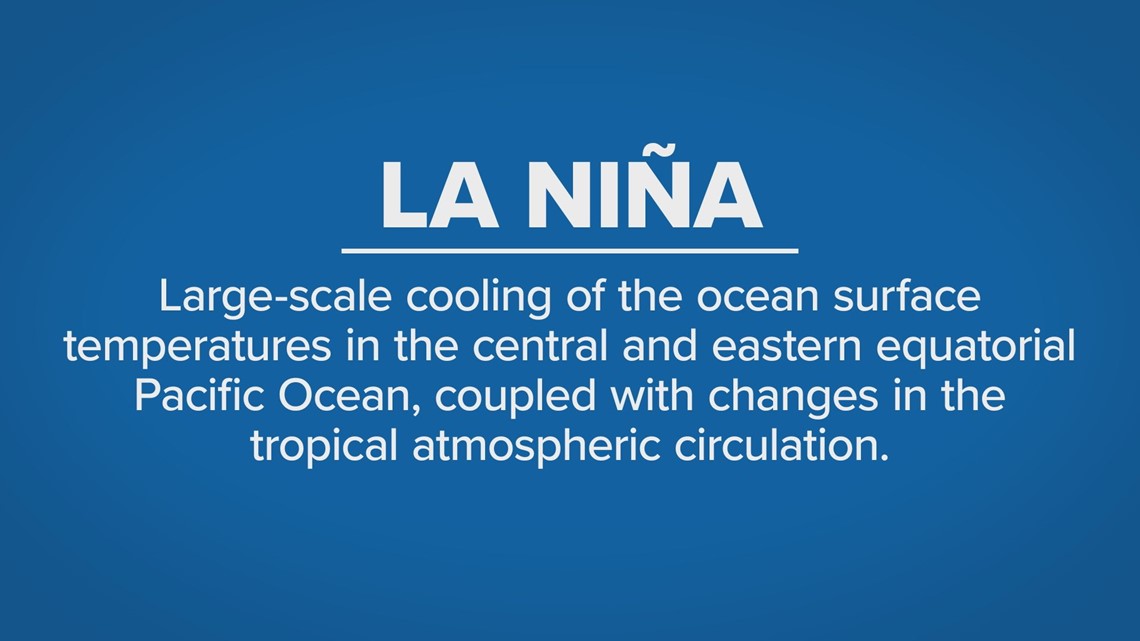 NOAA released an outlook this week stating La Niña is favored to continue through at least the summer. NOAA reported a 59% chance La Niña will stay through August and a 50-55% chance it may stick around through the fall.

La Niña impacts on the Northwest

La Niña’s impacts on our Northwest winters are somewhat predictable. In broad generalities, we tend to be cooler and wetter than our 30-year averages in monthly temperature and precipitation — and on the whole, that’s what has happened this year.

“There is a lot of variability and, indeed the climate prediction center right now is forecasting for our three-month outlook, an equal chance of warmer than average and cooler than average,” said Chris Burling, forecaster at the National Weather Service office in Northeast Portland.

Our current La Niña started in late 2020. In the summer of 2021, June brought three consecutive days of all-time record heat, topping out at a blistering 116 degrees on June 28. 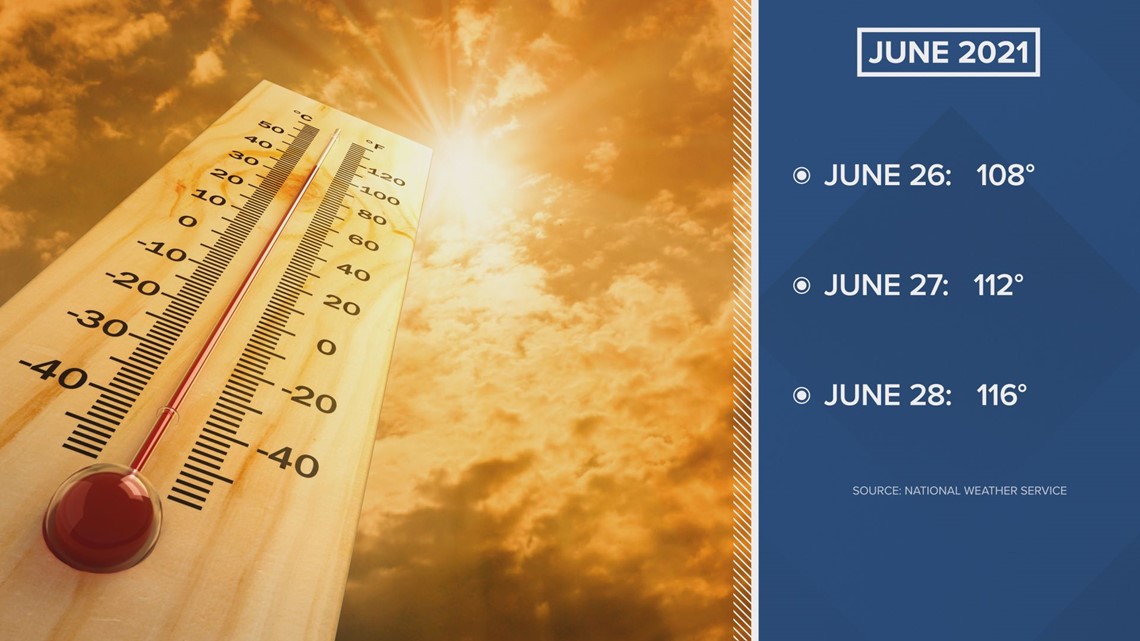 Rewind a few years to 2017 and 2018. Coming out of a weak La Niña, PDX registered its hottest summer on record with 31 days at or above 90 degrees.

On the contrast, the summers of 2011 and 2012 were also La Niña summers, and those were considered cool and late arriving. In 2011, the region didn’t register its first 90 degree day until August 20. 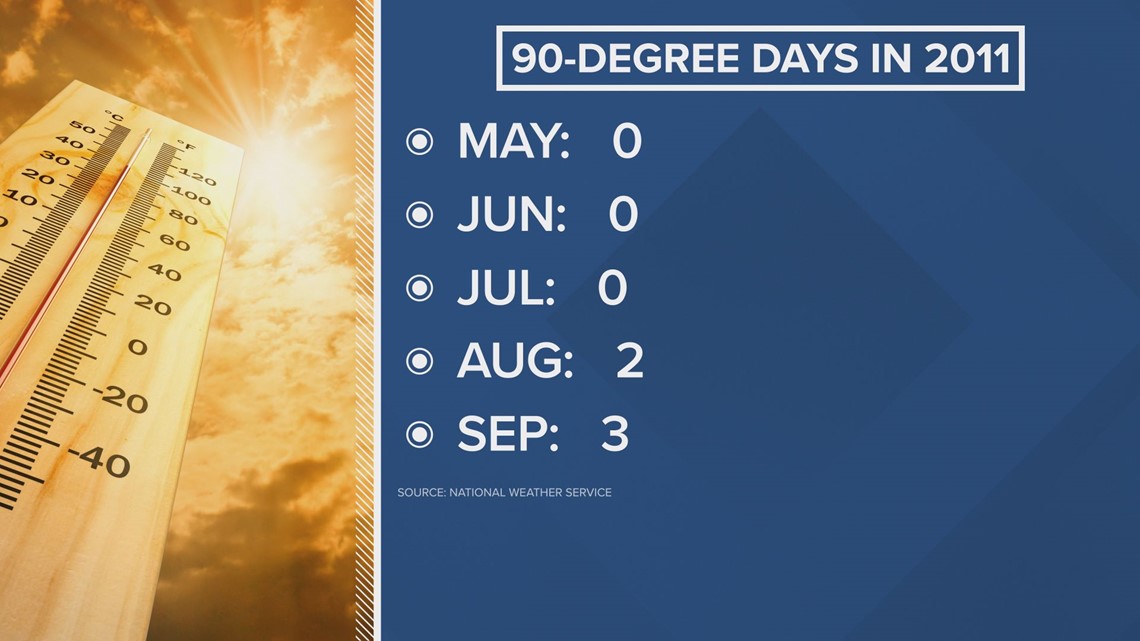 What to expect this summer

NOAA is predicting a hot summer just about everywhere except the Great Lakes region. Some of the hottest temperatures are predicted in the four-corner states: Utah, Colorado, New Mexico and Arizona.

It’s nearly a given the Northwest will dry out. On average, July and August tally just 1.05″ of rain for those 62 days. It’s not uncommon to register far less.

“It certainly helps to have a wetter and cooler start in terms of fire weather season and the snowpack and the cascades,” said Burling. 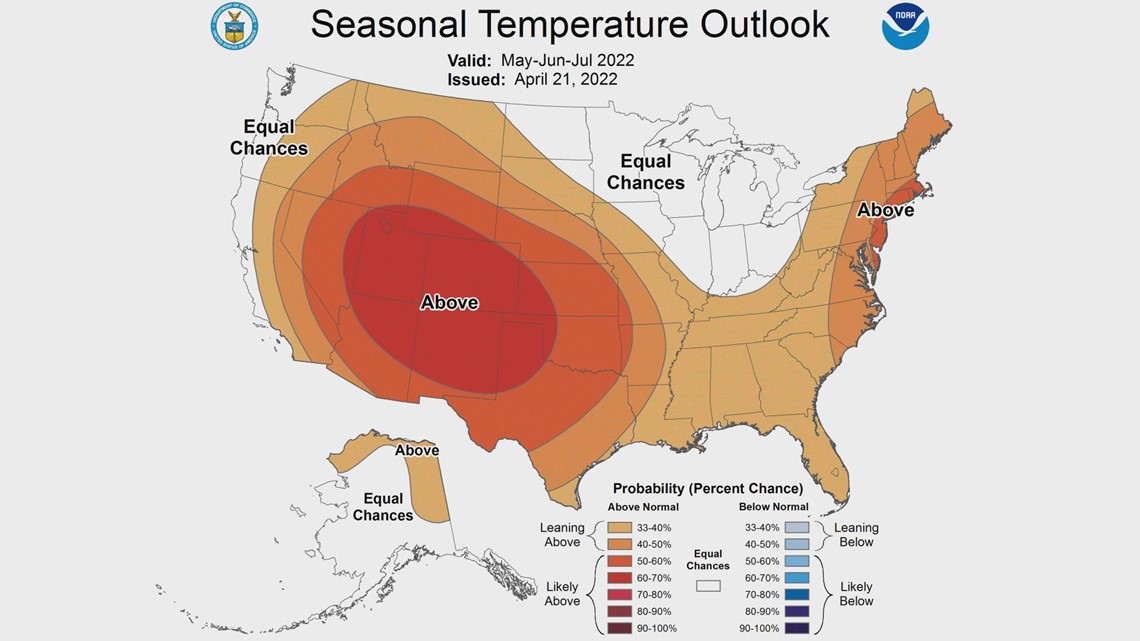 Officials from the Oregon Department of Forestry (ODF) said if this wet spring continues, fire season likely won’t start until June, which is later than some recent years.

“The last couple of years, we’ve been starting fire season earlier and that’s just because we’ve seen that dry weather in the spring and we didn’t get as much rain last year and the year before,” said Natalie Weber, a public information officer for ODF. ” We’ve been fortunate to see systems come through and more rain this year.”

Perhaps we’ll keep our Northwest sky free of smoke a little longer this year, though that may be a tall order. A large chunk of central and southern Oregon are still suffering through extended extreme drought.

All the counties with a declared drought emergency are east of the Cascade Mountains. 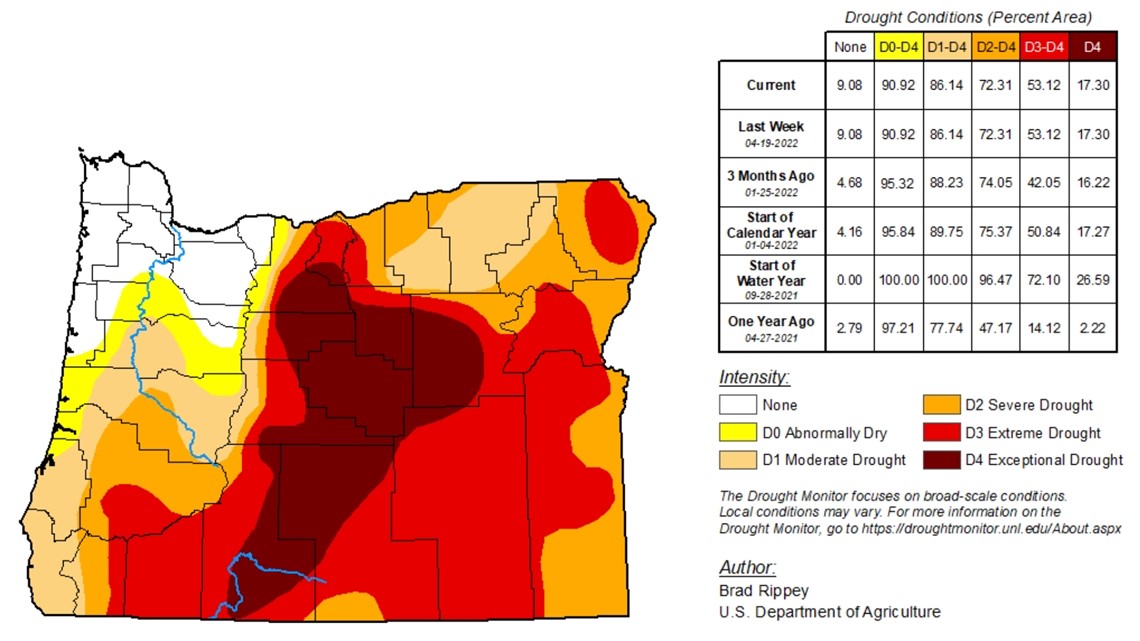 RELATED: Drought remains across the Inland Northwest: Will this summer be worse than last year?

Chris McGinness is a meteorologist and transportation reporter for KGW. Got a story idea or a great photo you want to share? Email him at [email protected] or reach out on Facebook , Twitter and Instagram