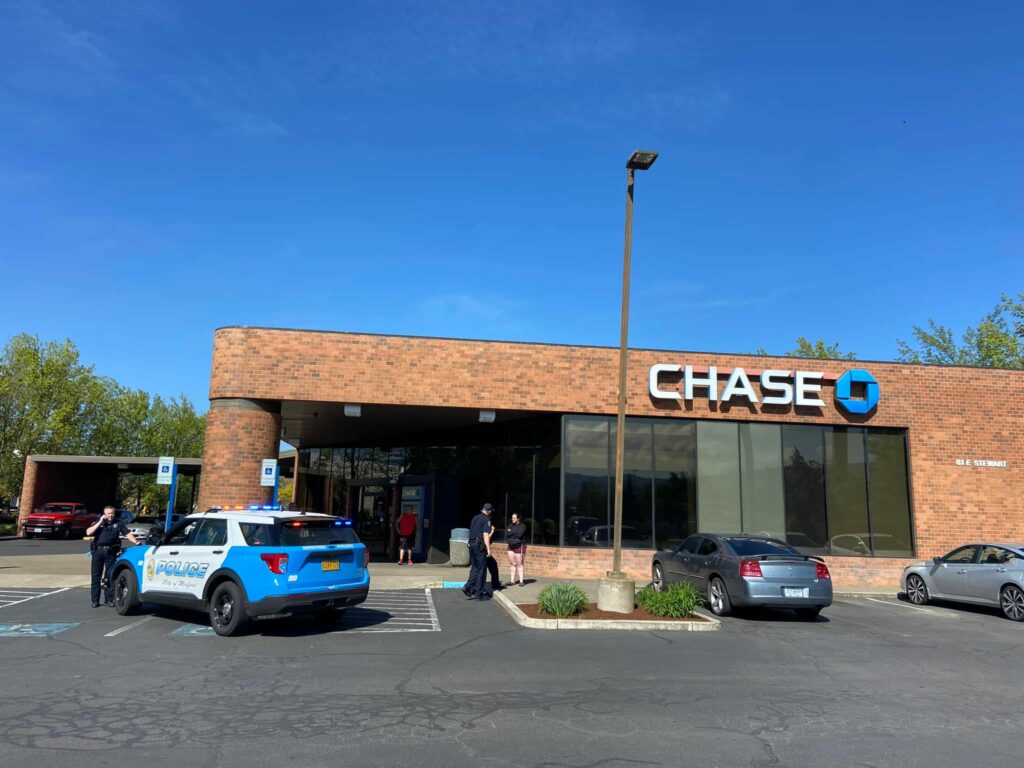 UPDATE: Police identified the suspect who allegedly tried to rob a Medford bank as 52-year-old Brian Ernest Ramos. MPD said Ramos is on probation for robbery and is currently lodged in the Jackson County Jail on another robbery charge and for disorderly conduct.

MEDFORD, Ore. – A Medford bank was nearly robbed Friday morning before a security guard stepped in.

Police said about 9:52 a.m., an unarmed suspect tried to rob the Chase Bank on East Stewart Avenue across from the south Fred Meyer.

According to the Medford Police Department, the suspect was detained by on-site armed security during the attempt.

MPD said it would release more information as the case unfolds.