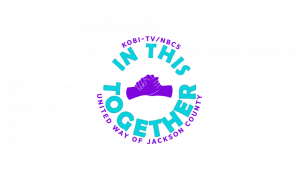 MEDFORD, Ore. — September is Suicide Awareness Month and the ‘In this Together’ campaign, addressing suicide and the stigma around it, held a partner meeting Thursday morning. The campaign aims to address the health crisis surrounding suicide as well as give people resources and messages of hope.

Several prominent community members were on the virtual meeting today. A presentation about the success of the campaign was followed by a suicide survivor keynote.

Shelby Rowe shared her story, starting with the fact that at the time of her attempt, she was the director of a state suicide hotline. “People were like, ‘Well how could someone working in suicide prevention be at risk for suicide?’ I was just like, ‘If I was a heart surgeon and I had a heart attack, we probably wouldn’t be having that conversation.’ Unfortunately no one is immune,” said Rowe.

She first shared her story publicly in 2014. She was an advocate for talking about mental health, but felt as though she wasn’t following her own advice.  She realized the impact her story had, when others began to reach out with the same feelings.

It’s a long road to recovery, but she says the journey from surviving to living is a beautiful thing.