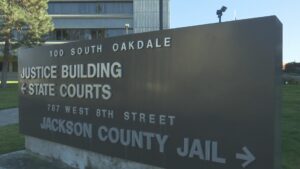 MEDFORD, Ore. — Deputies at the Jackson County Jail are being credited with saving an inmate’s life.

The sheriff’s office says last week, a deputy at the jail called for medical back up after finding a man hanging from his bunk in an attempted suicide.

Deputies were able to get the inmate breathing again before Medford Fire and Mercy Flights arrived.

We’re told the inmate was placed on suicide prevention protocol and is now getting help from mental health counselors.

If you or anyone you know is having thoughts of suicide, know that there is help available.

You can call the suicide prevention hotline anytime at 1-800-273-8255 to be connected to a counselor.