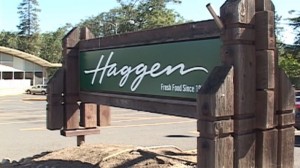 Ore. — Downtown Ashland may be getting a new grocery store to replace the now-closed Haggen.

Haggen is auctioning off some of its stores across the northwest. An Albertson’s spokesperson says the chain is bidding on several former Haggen stores but could not confirm that it would bid on the Ashland location.

Haggen filed for bankruptcy in September and closed its stores in Klamath Falls, Grants Pass, and the location in Ashland.

Albertson’s was originally made to sell their stores last year by the Federal Trade Commission when it merged with Safeway.