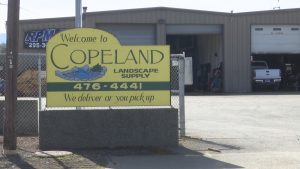 GRANTS PASS, Ore. – The City of Grants Pass is taking it’s fight for a property in the city to court Tuesday.

NBC5 News has been following the eminent domain fight between the City of Grants Pass and Copeland Sand and Gravel for over a year now.

The city wants part of Copeland’s property for a new water filtration plant. However, the property isn’t for sale.

While there were negotiation previously, they haven’t been able to come to an agreement.

The city is now suing to take approximately 10 acres of the nearly 17-acre property.