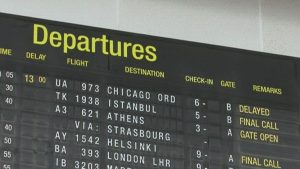 BRUSSELS, Belgium (NBC) – The European Union reopened its borders to 14 countries Tuesday, but not to the United States.

The E.U. approved leisure or business travel to Australia, Canada, Japan, New Zealand, Uruguay and others. China was approved as well, but only if it allows E.U. visitors.

The U.S., Russia, Brazil and Turkey were excluded because the containment of the virus in those countries is worse than the European Union average.

The U.S. will have to wait at least two weeks before another review.