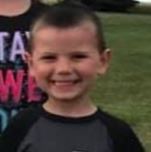 MEDFORD, Ore. – A man was hospitalized in critical condition after he crashed while allegedly driving under the influence of intoxicants.

Burton, allegedly under the influence of intoxicants, was taken to the hospital where he remains in critical condition. The driver of the Ford pickup truck was treated for his injuries.

Police said a couple of hours after the crash—while the roadway was closed for an investigation—36-year-old Jeremy Lee Tyler-Acree drove around barricades around the scene and ignored commands to stop.

Acree was eventually pulled over and found to be driving under the influence of intoxicants. He was arrested for DUII, driving while suspended and reckless driving. The incident was unrelated to the prior crash, police noted.