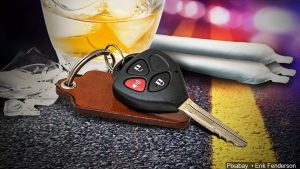 MEDFORD, Ore.– Local law enforcement ramped up patrols for drunk and intoxicated drivers under the influence, over the holiday weekend.

Ashland Police chief Tighe O’Meara says only 2 DUII arrests were made over the new years holiday.

He says that’s about a normal weekend for the police agency.

Lieutenant Mike Budreau of Medford PD, says 8 arrests were made in that same time frame.

3 of those DUII’s were on new years eve alone.

MPD says, in a normal weekend, it usually makes only about half that many arrests.