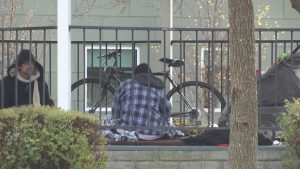 The ordinance revision is focused mainly on homelessness.

What the revisions boil down to is a change in how the city’s camping ordinances are enforced.

The current law classifies sleeping as camping. Now, it would classify any form of shelter or bedding as camping, allowing it to be removed by authorities.

It also changes the removal of campsites on public property.

Once a campsite is discovered, the city will post a notice 24-hours in advance.

At the same time, the city will inform a local agency, of the location.

After that 24 hour period has passed, the Department of Public Safety can remove the campsite and all personal property, and withhold it for 30 days.

“Dealing with the homeless problem is a complex issue. Having a place for them to bed down is just a small part of the problem,” Lindsay said, “and it’s going to take a lot of people and a lot of thought.”

The goal is to make the rules easier to understand and follow.

Lindsay said there are small conversations about creating a homeless camp itself, but that it won’t be discussed until sometime next year.