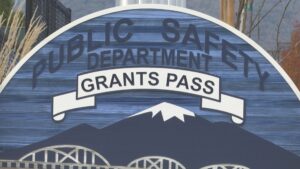 GRANTS PASS, Ore. — A ballot measure in Josephine County was recently rejected by voters. Now, police and fire agencies are figuring out if major changes will be needed next year.

The levy was proposed by the City of Grants Pass to continue city police and fire services for 3 years, beginning next summer.

The current levy expires next June.

After that date, without a solution, some police and fire staff could be laid off and emergency response times may become slower.

The city’s incoming mayor says a solution could be found on the May ballot.

“If we were to pursue, you know, renewing it at a $1.79 and increase education to the voters, I think we could get it to pass again,” said Mayor elect, Sara Bristol.

Mayor elect Bristol says she has briefly spoken with the city council and the chief of Grants Pass Department of Public Safety about the funding situation.

She hopes the levy will pass on the ballot next May.