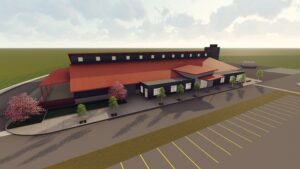 The U.S. Economic Development Administration awarded the grant to KCC, which will create a workforce pipeline starting in high school and transitioning students from the classroom into high-demand skilled trades careers.

The center will be about 35-thousand square-feet across five acres and include hands-on training and pre-apprenticeship programs.

Those will include electrical, plumbing, millwright, pipe fitter and machinist.

The center will also include a fire training academy.