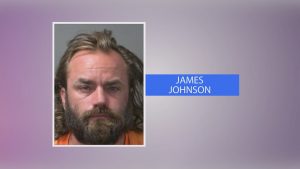 Klamath Falls, Ore. – Investigators say a Klamath Falls woman was murdered by her son-in-law, who was looking for his estranged wife.

Klamath County District Attorney Eve Costello says Johnson then assaulted Pittenger.  “Drug her through the home, this resulted in severe damage to the right side of her face – also broken ribs, which punctured the lungs.”

Pittenger was flown to a Bend hospital, where she later died of her injuries.

Johnson fled the scene, but was located by police and arrested Saturday.