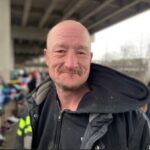 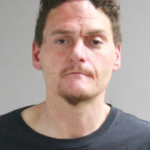 MEDFORD, Ore.– Medford police have announced an arrest has been made in connection with the recent homicide on the Bear Creek Greenway.

After investigating, MPD detectives said they found evidence that Hall used a weapon similar to an ax to murder 46-year-old Aaron Michael Mather.

Investigators believe Hall and Mather knew each other. Any possible motives for the murder are not being released by police.

The exact day and time of Mather’s are still under investigation.

Hall has been charged with murder and abuse of a corpse. He’s being held at Jackson County Jail without bail.