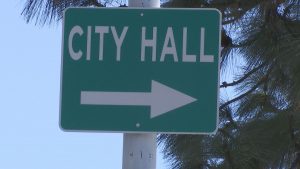 During a study session Thursday night councilors discussed the idea of increasing availability for temporary shelters. The discussion focused on various option details on where outside organizations could have a proposed temporary shelter.

“We want to get all this done whenever wind up in the final version before it starts to get cold because we potentially have organizations who are going to want to open a shelter,” said Matt Brinkley, City of Medford.

Since it was a work study session, no votes were made. The Planning Commission is meeting towards the end of September to further talk about this proposed amendment.