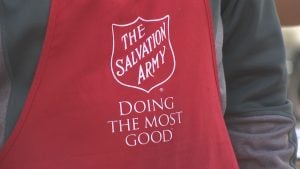 MEDFORD, Ore.– The Salvation Army of Medford is making smaller donations such as toys, and around thanksgiving time, turkeys to families in need.

This year it said the tradition will be a drive-thru experience due to the governors two week pause on social gatherings.

Major Jason Koenig says there are positives and negatives to the new system.

“The pro for this is the safety and that’s the number one priority, but it is a challenge that were just handing them the turkeys so they can get out quickly, we lose the opportunity to get to know them and talk with people.”

Koenig said if you’re in need of a turkey for thanksgiving, you can drive by the salvation army thrift store in Medford from 9 to 11am on November 24th.