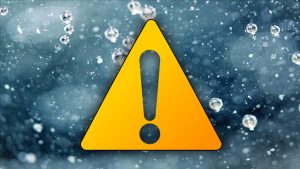 MEDFORD, Ore.– Experts say this weekends storm will have harsh winds and a good amount of precipitation from tonight into Sunday, and that’s not a great combination at high elevations.

When it comes to staying safe on the roads, ODOT and California Highway Patrol said both agencies are on high alert.

The agencies agree that the first winter storm of the season is always the most difficult to prepare for.

They said that driver awareness is the most important aspect of your safety this weekend.

Gary Leaming, spokesperson of ODOT said, “We’re ready and the item we like to point out is that the public needs to be ready as well.” officer Calvin Robertson of CHP said, “Probably the biggest thing in terms of the crashes we see is the speed at which traffic is flowing is way too fast for the roadway conditions.”

Both agencies say speed driver attentiveness and vehicle condition such as tire tread, are some of the most important factors.

The two agencies said planning your trip ahead of time keeping a safe distance between cars in front of you and keeping up to date with traffic and weather alerts where possible will help keep crashes to a minimum.