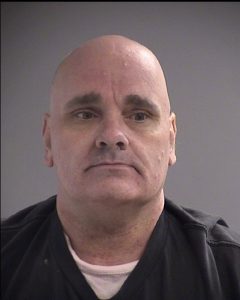 MEDFORD, Ore. — The Medford Police Department says around 9 p.m. Friday night, a man made threats to kill family members and responding officers.
The incident happened in the 3000 block of Adams Circle.
Police spotted 49-year-old Vincent Padgett laying down in the backyard of the residence, armed and wearing body armor.
Police say Padgett threw three smoke grenades towards the officers and wielded a rifle.
MPD used de-escalation tactics to talk Padgett into surrendering.
He was found to be in possession of a loaded AR-15 rifle, 500 rounds of ammunition, a bullet proof vest and night vision.
Padgett was arrested on 5 counts of attempted assault, felon in possession of a weapon and body armor, along with parole violation for attempted murder.
There is no bail.