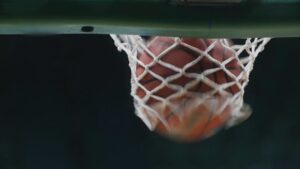 The OSAA said the executive board was hopeful the state’s landscape was going to improve when it adopted the current calendar back in August but said that has not proven to be the case.

In the revised calendar adopted Monday, fall sports are moved to Season 2 and will begin in February with multiple activities permitted by state guidance. Cross country and soccer as outdoor sports are permitted by the Oregon Governor’s Office and Oregon Health Authority (OHA) in all counties.

Volleyball is tied to the governor’s County Risk Level Guidance and only allowed in those counties deemed as lower, moderate or high risk.

Full-contact football remains on the governor’s prohibited list of activities at this time. OSAA said discussions around possibly moving football later in the year were also not supported at this time due to concerns expressed by the Sports Medicine Advisory Committee, regarding the impact that a later contact football season would require modifications to the fall 2021 football season.

“Today’s decision by the executive board is another reminder of the impact the pandemic has had on Oregon students and schools,” said Peter Weber, OSAA Executive Director.  “While disappointed that we need to adjust our original schedule, we believe that keeping three distinct seasons, albeit in shortened seasons, maintains potential opportunities for all students moving forward,” Weber said.

The OSAA said the executive board also voted to extend Season 1 through February 21, 2021, to allow training, workouts and competitions to occur in those areas of the state that are allowed per the governor’s office, OHA guidance and local school district policy.

Season 3 features traditional spring activities, baseball, softball, golf, tennis and track & field, all of which are permitted by the state guidance as outdoor activities. Season 3 will begin April 5 and extend into the third week in May.

Season 4 and traditional winter sports, swimming, basketball and wrestling will begin in mid-May and extend into late June. Swimming is currently allowed outdoors for all counties and indoors for counties not in extreme risk.

Activities like choir, band and orchestra have been pushed back to the end of the school year to provide their programs the opportunity to rehearse in person if school district policy allows, the OSAA said.

The organization said cheerleading and dance/drill culminating weeks have also been adjusted to allow more time for facilities to open or have the weather to improve enough to move outdoors.

The board said it plans to revisit participation limitations for all seasons, out-of-season coaching policies for Seasons 2, 3 and 4, and the need for further decisions as a result of updated state guidance or changing risk level metrics at upcoming work sessions.