In a rare post on Facebook back on August 2nd, the Siskiyou Sheriff’s Office shared about media members allegedly on private property inside the burn area. One in particular, is accused of escorting a citizen into an evacuation zone in their vehicle.

Sheriff’s noted that a body was later found on the property. It alleges news about it was televised before police could process the scene and notify family.

SCSO called the allegations, an “unlawful abuse of press privileges.” 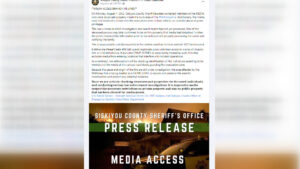 “California Penal Code 409.5 (d) grants legitimate press unlimited access to scenes of disaster, riot or civil disturbance. It excludes CRIME SCENES or areas being treated as such. It further excludes media from entering locations that interfere with incident operations.” The post said.

David Loy, legal director of the First Amendment Coalition, told NBC5 that the referenced penal code from the Sheriff’s office, applies if it was the clear that the area was properly taped off and labeled as a crime scene. 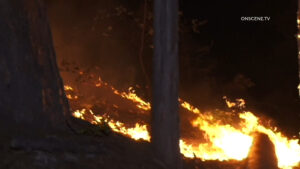 “We’re talking about a wildfire that’s covering thousands of acres,” Loy said. There’s no plausible interpretation [of the law] which says the entire fire zone, is inherently a crime scene.”

President of the Radio Television Digital News Association or RTDNA, Dan Shelley, denounced the posts. He called it an “overreach” and believes it could have been handled differently

Shelley suggested if there was truly an issue from the alleged outlets, then the Sheriff’s office should have messaged them directly instead of publicly.

“I assure you that [station managers] will want to address these concerns and issues because they do not want their journalists [breaking rules],” Shelley said. “But to go public with the post with a broad blanket, condemnation, based on the alleged actions of just a few is unfair. It’s inaccurate and paints the wrong picture to the public.” 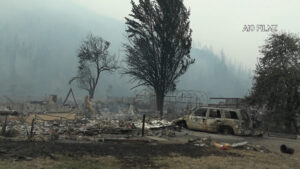 NBC5 learned that the named news organizations reached out on multiple occasions to Sheriff Larue for further clarification, but have yet to hear back as of Monday afternoon.

Larue declined to interview about the situation to NBC5 as its an ongoing investigation, but his office shared, “right now, we’re working on getting people home who were evacuated.”

Both Shelley and Loy believe Sheriff Larue should come forward with more details about the situation, to not only benefit the press, but the community as well.

“I think it’s incumbent on the sheriff to put his cards on the table and state why, he’s accusing multiple publications and outlets, and not just the one or two that may potentially have been involved.” said Loy. 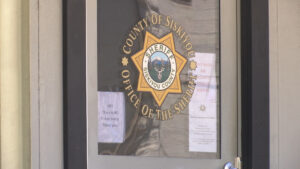 “It seems to me that they have a responsibility to speak publicly as they did in their post,” Shelley said. “To be interviewed and answer questions about their complaints, otherwise one is left to wonder how legitimate are their concerns.”

Sheriff Larue shared that his office is in contact with the district attorney’s office about the allegations.

This remains a developing story, and more details will be released as it emerges.