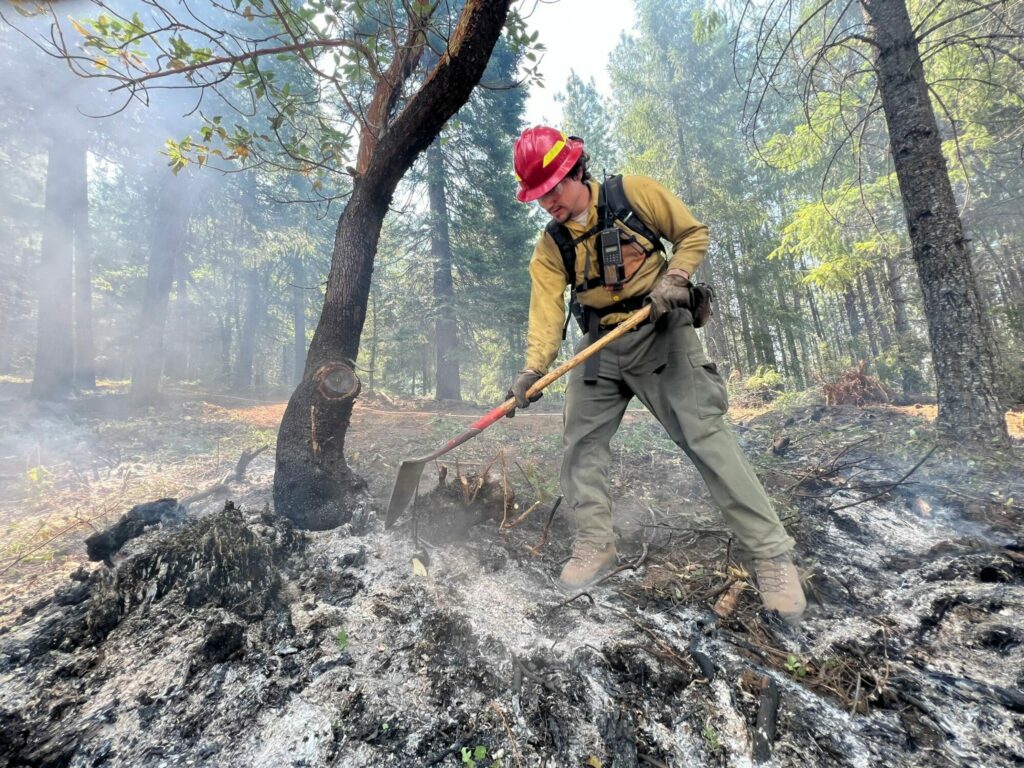 SISKIYOU COUNTY, Calif. – The Klamath National Forest says good progress has been made on The Yeti Fire and that the entire southern edge has been lined.

The Yeti Fire is currently at 19% containment and has burned almost 8,000 acres. Officials say yesterday firefighters used air resources to burn about 1,100 acres to slowly move The Yeti Fire toward the Klamath River.

They say the river is their main holding feature on the northern edge of the fire. Officials say the use of aerial ignition is extremely helpful in this location with how unforgiving the terrain is to boots-on-the-ground operations.

“That’s why folks are seeing that increase in acreage, it was on our end. We are trying to put fire on the ground on our terms so that if and when the weather does turn unfavorable the fire is going to have a lot less room to grow in that river drainage,” said Joe Zwierzchowski, Public Information Officer for the Yeti And Alex Fires.

Zwierzchowski says hotter and dryer conditions are expected in the near future with strong winds in the forecast. He says as of August 6th there had been no structures lost or damaged due to The Yeti Fire.

Also in the Klamath National Forest and just south of the Oregon border is The Alex Fire.

Officials say confidence is high with crews having seen slow growth over the last couple of days. It’s holding at 151 acres and is 80% contained. Crews have made significant progress over the past two days.