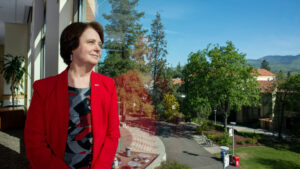 “I intend to stay fully engaged in leading the university until a new president is hired,” President Schott said. “Our leadership team is strong, and all have indicated their willingness to continue in their roles throughout the presidential transition.”

She said all members of her leadership team have indicated they intend to continue in their roles.

Schott became the 13th president of SOU in August of 2016. The search for SOU’s next president will be discussed by the Board of Trustees at their meeting next Friday, April 16th.

Paul Nicholson, chair of the SOU Board of Trustees, praised the work Schott has done at SOU and said she will leave the university on firm footing.

“Linda Schott has been a force for change at SOU; her vision, energy and leadership have transformed the university in a positive way,” Nicholson said. “The board is deeply appreciative of her work and what she accomplished – all of which has laid a powerful foundation for the challenging work ahead of us.