White City, Ore. — The White City VA SORCC is taking on a number of projects at its facility. The VA announced the closure of the golf course, and a project to rebuild the theater.

“Most of these buildings, these from 1941, don’t meet the seismic requirements, but this one being so open the way it is, it’s even more deficient,” Project Engineer Andy Briones said.

The brick walls of the theater don’t stand up to the current seismic or ADA codes. Briones said it’s replacement is a top priority, but the building won’t be completed until 2020. In the meantime, he said the common meeting space will be sorely missed.

The VA is also losing the Veteran’s Memorial Golf Course. It’s one of the last of it’s kind across the country, after the Veterans Administration Central Office made the call more than a decade ago to no longer fund golf courses.

“We’ve been operating our golf course both through the funding of the facility direct, and also through donations through our volunteer services here,” Executive Assistant to the Director Wolfgang Agotta said.

According to Agotta, a third party company considered taking the course over, but in the end, things didn’t pan out.

“They were unable to secure resources to do so,” Agotta said.

“To me, it would be a huge disservice to the veteran community to close the golf course down,” Richie said. “From a business perspective, I get it, I totally get it, however, that golf course is there for recreational therapy.”

The VA is tossing around a couple ideas for the space, including homeless housing, and a potential partnership with the White City VA National Cemetery.

Veterans and their families are invited to play golf for free for the entire month of October. The course closes on November first. The theater will only be open until October first. 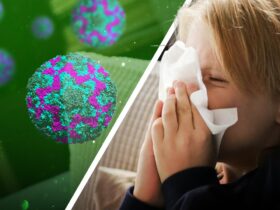