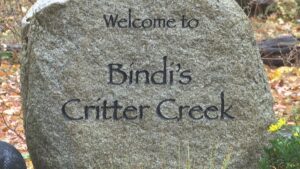 GRANTS PASS, Ore. — Wildlife Images honored Bindi and Robert Irwin by dedicating two of its exhibits to them with a ribbon cutting ceremony.

People of all ages were able to come experience Steve Irwin Day and see the exhibits dedicated to the late Crocodile Hunter’s children.

“The Irwin’s are more than friends, they’re family to us and I’m very, very proud to have them part of Wildlife Images and to be able to honor them this way, it’s just awesome,” said executive director at Wildlife Images, Dave Siddon.

Siddon says Wildlife Images plans on ‘enhancing and adding to the exhibits when money is available’.

He says the park will be closed after Wednesday, for the next two weeks, in accordance with the Governor’s mandate going into effect.