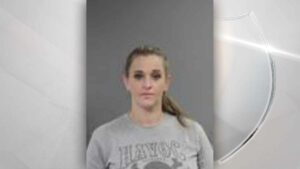 Prosecutors said on September 10, someone saw Katrina Diehl, also known as Katrina Lathrop, entering a Shady Cove home that was evacuated due to nearby wildfires. She was seen with an unknown male loading backpacks into a vehicle before speeding away.

According to the Jackson County District Attorney’s Office, she was later contacted by police, telling them she didn’t know the owner of the home.

After being caught, Diehl pleaded guilty to burglary and theft. She was sentenced to 24 months in prison for the burglary charge and 13 months for theft.