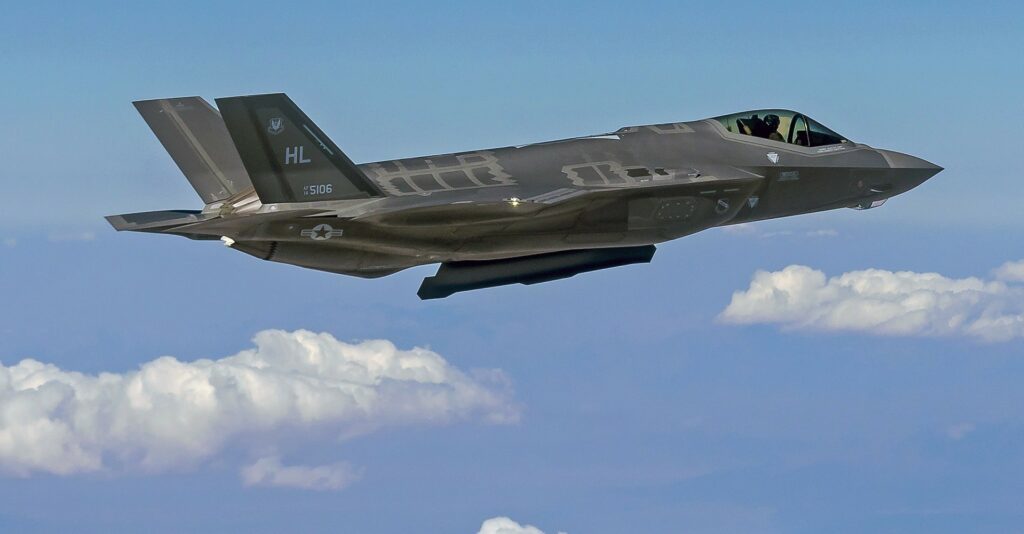 KLAMATH FALLS, Ore. – The sky above Klamath County is about to get a bit busier.

People in the area are probably familiar with the F-15s that fly out of Kingsley Field, home of the 173rd Fighter Wing of the Oregon Air National Guard.

Soon, those F-15s will be joined by a different type of aircraft, albeit temporarily.

The 173rd Fighter Wing announced a squadron of F-35A Lightning IIs from Luke Air Force Base in Arizona will be flying alongside their pilots starting Thursday, October 13.

They’ll be visiting for a two-week period to give pilots the opportunity to practice in a more complex environment, the 173rd FW said.

“Luke Air Force Base will be here to make use of our outstanding airspace with their F-35s,” said Col. Lee Bouma, 173rd FW commander.  “Our local airspace is a national treasure in terms of size, location, and availability for use compared to many other Military Operating Areas that are much smaller and overcrowded.”

The military said because of the additional aircraft and flights, the community may experience a temporary increase in noise.