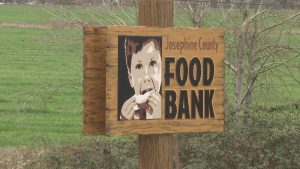 Chia seeds, pumpkin seeds and nutritional yeast. The three items are being recalled after investigators discovered rat feces in some of the products held at the Oregon Food Bank.

Josephine County Food Bank received some of that product. While no illnesses have been reported, the food bank isn’t taking risks when it comes to food safety, even sending out posters to notify the public.

“We can post at their pantry so people can actually see the photos of the physical products,” said Kevin Widdison. “And if they have any at home, they are urged to destroy them.”

Food bank officials believe they have received almost all of the contaminated items that were sent out.

Officials say if you believe you received chia seeds, pumpkin seeds or nutritional yeast from November till now, you are asked to return or destroy it.