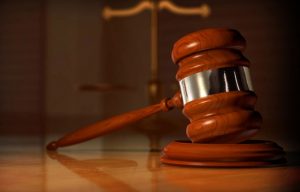 MEDFORD, Ore. – A local man who had attempted murder charges dismissed last year is now suing numerous people allegedly associated with the incident that ended up with him behind bars.

William Travis Newell was arrested in connection with an assault investigation in Klamath County that started in February of 2018. He was charged with attempted murder and unlawful use of a weapon, but new evidence surfaced during the course of the investigation and prosecutors eventually dropped the charges.

“Although the victim clearly had been assaulted with a knife, was injured, and the weapon used was recovered, the new developments in the case have made it so that the state would be unable to prove this case beyond a reasonable doubt at trial,” the Jackson County District Attorney’s Office said.

Prosecutors pointed out that the burden of proof in a criminal trial is a “very high standard” compared to the evidence needed to indict a person accused of a crime.

The complaint alleges negligence, malicious prosecution, false arrest and imprisonment, assault, battery, and intentional infliction of emotional distress. Newell is seeking monetary damages that will be determined by a jury.

The lawsuit alleges that on or about February 10, 2018, several intoxicated individuals not associated with the Klamath County Sheriff’s Office beat up Newell and drove him to a remote location where he was left for dead. At some point, according to the suit, one of those individuals sustained a “superficial” stab wound to his neck. Fearing repercussions from the incident, the lawsuit says the individuals framed Newell for the stabbing.

The lawsuit goes on to claim deputies with the sheriff’s office failed to act properly in their investigation of the incident.

You can read the entire complained HERE.