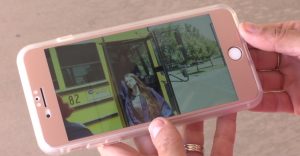 Medford, Ore. — Elementary schools across Medford will have a flood of taller, older, students walking the halls this week.

On Friday, seniors from each of the 3 high schools will hop on 25 busses for a trip to their respective elementary and middle schools.

“They’re actually going to go back to where it all began dressed in their caps and gowns to walk the halls,” communications specialist, Natalie Hurd says, “and kind of take a walk down memory lane.”

Hurd says they’ll also inspire the younger students who will watch them walk through the halls.

“They’ll be giving those students a glimpse of what their future will look like,” Hurd says.

It’s called a graduation walk and it’s a new trend that districts are implementing across the country. Many say it helps to boost graduation rates.

The walks in Medford will take place at 9 a.m. this Friday.