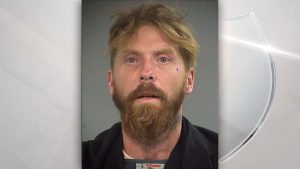 MEDFORD, Ore. – He’s back. Wesley Daniel Scott, also known locally as the “I need a tow scammer”, is back at it again.

Scott was arrested last year for going door to door in Medford neighborhoods claiming he needed money for a tow. In reality, there was no tow truck waiting. According to police, he used the money to support his heroin addiction.

Medford Police said Scott was arrested and lodged at the Jackson County Jail on December 14, 2016. However, due to the charges being relatively minor, he was released from jail shortly after his booking.

Just months after his original arrest, Scott continued his scam. Medford police pleaded on Facebook, “Mr. Scott, if you are reading this, please stop. This is getting ridiculous.”

It’s now roughly a year later. MPD is warning the public to once again be on alert.