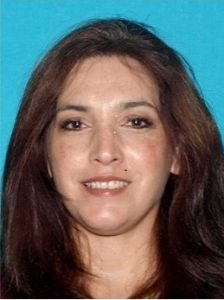 Update: 01/08/19 9:30 a.m. – Missing woman Rosemarie McNeal has been located and is safe, the Siskiyou County Sheriff’s Office said. No further information was provided.

Original story: DUNSMUIR, Calif. —  The Siskiyou County Sheriff’s Office and Search and Rescue crews are looking for a Dunsmuir woman who hasn’t been seen since Friday.

“We are very concerned about Marie’s welfare, based on the duration of [her] absence and the fact there are some suspicious circumstances surrounding her disappearance,” Sheriff Lopey said in a press release Monday, “Our detectives, deputies, and SAR personnel are working hard to locate her but we need anyone with information about Marie’s whereabouts to contact the Siskiyou County Sheriff’s Office.”

McNeal was last seen January 4th, 2019 walking in the Maple Street area of the Carrick Edition which is outside of Weed. A dark blue mini-van with Oregon license plates was located in the Carrick Edition and the sheriff’s office says it may be associated with McNeal or people she knows.

McNeal is described as 5’5” and weighing 120 to 135 pounds. The 52-year-old was last seen wearing a black-colored jacket, blue jeans, and black boots.

Anyone with any information is asked to call the Siskiyou County Sheriff’s Office at (530) 841-2900.