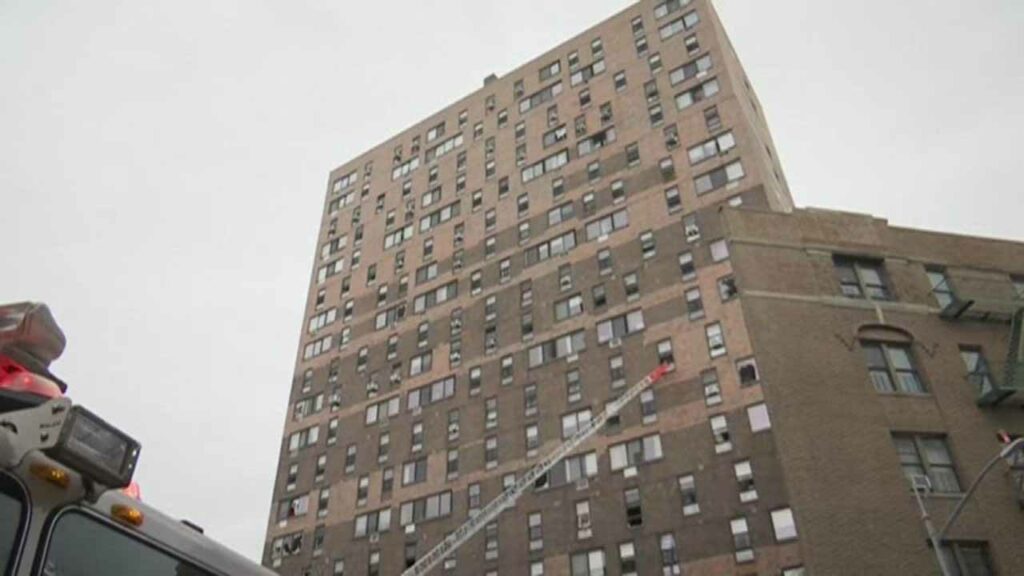 NEW YORK CITY – Eight children were among the 19 people killed in a five-alarm fire in an apartment building in the Bronx Sunday.

Fire Commissioner Daniel Nigro said a malfunctioning space heater ignited the blaze in the bedroom of one apartment. That apartment door and at least one stairwell door were left open as residents fled, allowing smoke to spread throughout the building.

According to Nigro, most of the injuries came from smoke inhalation, with many not able to escape because of the volume of smoke in the building.

Jim McCarthy with the FDNY Uniformed Firefighters Association said, “Hundreds of residents were taken out of the building, and it’s a shame that many residents succumbed to their exposure of the toxic smoke.”

One resident said, “That smoke really hit me. By the time I got to the exit and I had the mask on I couldn’t even see. I thought I went blind!”

About 200 members of the New York City Fire Department helped battle the blaze at the 19-story building.

Many of the residents were immigrants from the small west coast African nation of Gambia. Officials said names of those who seek assistance will not be turned over to immigration officials.

Bronx borough resident Vanessa Gibson said, “This is unimaginable. It’s devastating and it’s heartbreaking but we are determined to rebuild as a community, as a borough and as a city.”