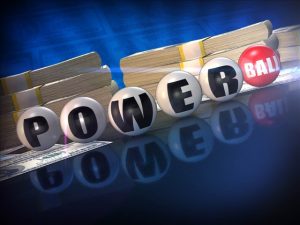 Chicopee, Mass.- A $758 million fortune will go to just one lucky buyer in Massachusetts, who drew the sole winning Powerball number in the second-richest in the game’s history, the lottery’s organizers said early Thursday.

The winning numbers- 6, 7, 16, 23 and 26, with a Powerball of 4-  were drawn at 7:59 p.m. PST Wednesday, said the Multi-State Lottery Association, which oversees the game for the 44 states that participate, as well as Washington D.C., Puerto Rico, and the US Virgin Islands.

It’s the largest win on a single ticket in North American history, the Massachusetts State Lottery said on Twitter.

The odds of matching all six numbers were one in 292.2 million.

However, a larger prize attracts more players and that means more number combinations are selected, so the probability increases that one or more people will buy winning tickets. That means an individual’s chances of winning don’t increase, but the odds that someone will win do rise.

The single winning ticket was sold at the Pride Station & Store convenience store in Chicopee, the Massachusetts State Lottery announced.

Pride founder Bob Bolduc told reporters on Thursday he believed the winner was a “middle-aged woman” who bought the ticket around 2:30 p.m. on Wednesday, but didn’t know her name.

The current jackpot refers to the annuity option, doled out in 30 payments over 29 years, increasing 5 percent annually.

Nearly all winners favor the cash option, which would now be $480.5 million, before taxes.

The result means the next jackpot resets at “only” $40 million.