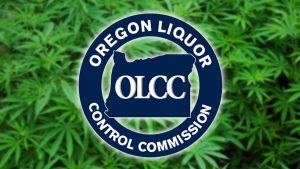 The OLCC tests marijuana retailers throughout the year using a minor volunteer, supervised by OLCC inspectors. The volunteers use their own legal ID identifying them as under the age of 21. They are instructed to not lie about their age.

In the most recent check, four local retailers sold marijuana to the OLCC decoys. On average statewide, 25.8% of marijuana retailers were non-compliant.

The results were called “unacceptable” by Steve Marks, Executive Director of the OLCC.

Following the results, the OLCC announced they’re stiffening penalties for retailers caught selling marijuana to minors. Previously, penalties consisted of a 10 to 30-day license suspension for a first-time offense. Now, a 30-day suspension is mandatory. Fines will also go up from $1,650 to $4,950.

“It’s our core mission at the OLCC to prevent the sale of marijuana to minors,” said Marks.

The temporary rules take effect January 26, 2018. During a 180-day period while the rules are in place, the OLCC will re-evaluate and consider making the rules permanent.

“There’s no margin for error on making sure that marijuana doesn’t get in the hands of minors – period,” said Paul Rosenbaum, OLCC Commission Chair. “The integrity of Oregon’s regulated system depends on industry compliance across the board.”