PORTLAND, Ore. — A new report by Portland State University researchers gave high marks to the Portland Street Response (PSR) team in its first year on the ground, concluding that the unit “demonstrated success” in meeting the needs it was created to address.

PSR was created under the umbrella of Portland Fire & Rescue’s Community Health Division and designed to provide an unarmed response to non-violent behavioral and mental health calls — dispatching a small team that includes crisis counselors and paramedics instead of police.

Portland Fire commissioned PSU’s Homelessness Research & Action Collaborative to evaluate the program for its overall effectiveness while providing suggestions for ways that it could be improved and expanded citywide.

“Portland Street Response has come so far in a very short amount of time — from a small pilot program in one neighborhood to a citywide movement that has fundamentally changed Portland’s first response system,” said Dr. Greg Townley, co-founder of the PSU collaborative and lead researcher on the report. “Portland Street Response provides a model for the nation to follow, and we look forward to continuing to monitor its progress and impact as it expands citywide.” 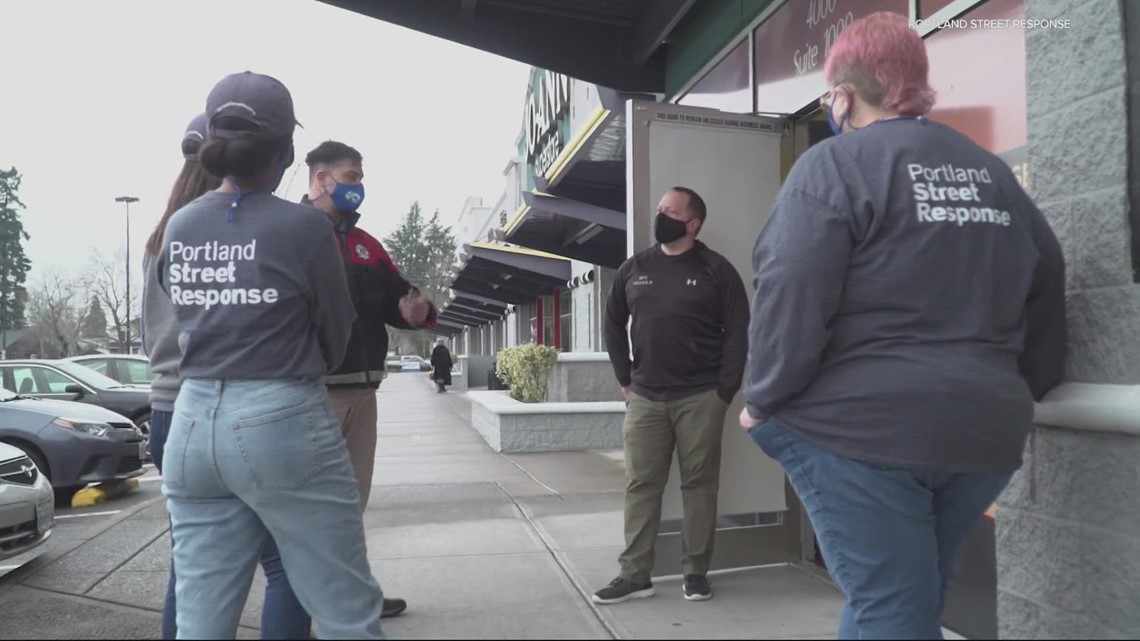 Throughout the year, according to the PSU report, the street response team accounted for a roughly 4% reduction in total calls traditionally responded to by police for areas in which it operated, or a total of 903 calls. This meant a 27% reduction in police responses for non-emergency welfare checks and “unwanted persons” calls.

Whether or not those numbers appear statistically significant, it’s worth noting that, at its largest extent during the latter months of 2021, PSR had just eight members covering the entire area of Portland east of I-205 and south of I-84.

Only 3.2% of all calls handled by PSR ended with a client being brought to a hospital and none of them resulted in an arrest. The clients interviewed by PSU researchers also gave the street response staff a perfect score, five on a scale of one to five — generally describing them as kind and helpful.

Despite recommending the program’s expansion citywide, the PSU report noted that it faced headwinds. The researchers found that many people in underserved communities registered significant concerns about calling 911, which is currently the way that the PSR team is dispatched, or they had difficulty reaching a dispatcher when they tried.

“It remains important to consider alternative methods for community members to access PSR, such as 311, 988, or a direct line to PSR at the 911 operating center,” the PSU researchers noted.

At the same time, the report noted that dispatchers might not be fully aware of which calls should be routed to PSR rather than police or fire. Many people in the community that researchers spoke with were also unaware of PSR, particularly in communities of color, though awareness did grow over time. 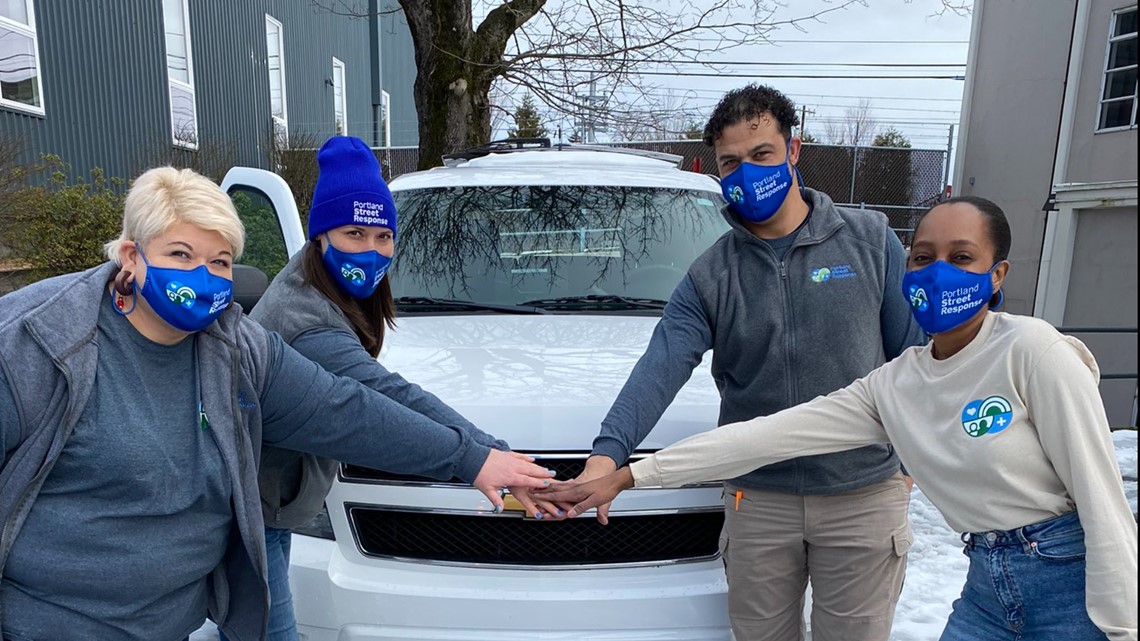 While PSR showed effectiveness in meeting the immediate needs of clients during a call, the report also noted gaping holes in the continuity of care so that clients could continue getting what they needed.

“Gaps in the local system of care, especially permanent housing, sub-acute mental health care and sobering centers, make it difficult for PSR staff to assist clients beyond their initial response,” the report noted. “These gaps are also a point of vocal frustration among community members, some of whom unfairly equate the continued visible presence of homelessness and mental health crisis as a failure of Portland Street Response.”

In talking with police and firefighters, the PSU researchers noted that there was widespread desire for the PSR program to be expanded so that the new teams could pick up more calls.

On the other hand, there were some conundrums that may not be solved by simply expanding PSR’s scope. Firefighters in particular noted a significant number of calls that were ambiguous, where it was not immediately clear if they were medical or mental health-related until after one or the other responded.

Both police and PSR staff also expressed some frustrations with the fundamental limits on the kind of calls that the team could take. PSR is not allowed to respond to calls inside private residences, calls that involve suicide or calls where the client is standing in the street.

PSU’s report strongly recommended that the PSR program not only be expanded throughout the city and through all hours of the day, but to include a wider array of calls involving serious mental health crises.

“This recommendation is based on analysis of call data as well as feedback from each stakeholder group we interviewed,” the report noted. “It is also imperative to expand call criteria to allow the team to respond inside residences, to be dispatched on calls involving suicide, and to respond to some calls involving higher levels of acuity.”

When the first four-person PSR team deployed in February of 2021, it was tasked exclusively with serving the Lents neighborhood in Southeast Portland —  a proving ground for expansion of the program. It grew to include the greater Lents area a few months later, followed by the entirety of the Portland Police Bureau’s East Precinct in November when PSR added a second team.

City officials announced at the end of last month that the PSR program would be expanded to cover the entire city, which agrees with the primary recommendation of PSU’s report.

The PSR program was championed by Commissioner Jo Ann Hardesty, who faces two major challengers for her seat on the city council in the coming May election. In a statement on the program released this week, Hardesty said that she’d submitted a budget request to fund the full-time, citywide expansion of PSR.

“With the independent evaluation showing the PSR pilot has been a resounding success, I’m optimistic that together this Council will prioritize this funding request to further expand Portland Street Response so it can be a 24/7 response option in all neighborhoods across Portland,” Hardesty said.

The results of the PSU researchers’ study were presented to Portland City Council in a 9:30 a.m. work session on Tuesday.