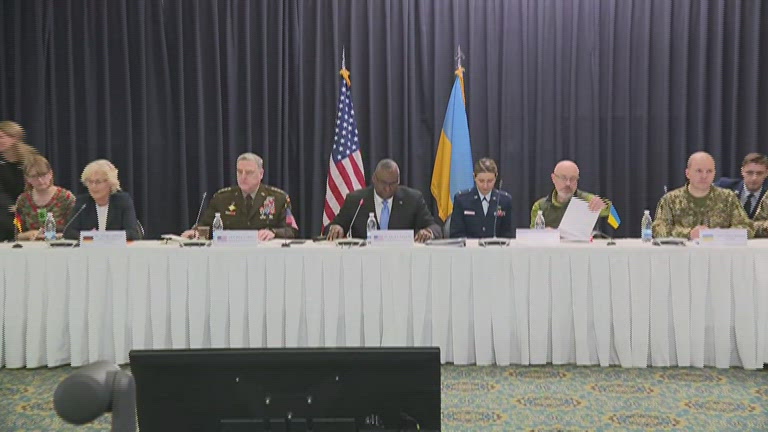 WASHINGTON, D.C. (NBC) – The United States and other NATO allies are promising more ammunition and weapons for Ukraine in the fight against Russia.

Russian officials warned the support could lead to “World War III” and the use of nuclear weapons as tensions and attacks on the ground in Ukraine continue to grow.

US officials call the nuclear threat “empty saber-rattling” from a country struggling to gain ground on the battlefield.

Russia responded with a threat: “As soon as the foreign weapons arrive on the Ukrainian territory, they form a legitimate target for our military.” Those words came from Russian Foreign Minister Sergei Lavrov, who also called the support a sign NATO is engaged in a “proxy” war with his country. And he warned the potential for “World War III” and the use of nuclear weapons is “real.”

“My objective, and my agenda, is strictly linked to save lives and reduce suffering,” Guterres said.

Secretary of State Antony Blinken, during budget talks, urged Congress to keep the flow of money and support moving into Ukraine. He said, “Fully funding it is critical in my judgment to ensuring Russia’s war in Ukraine is a strategic failure for the Kremlin.”

The secretary of state also told lawmakers that US diplomats are now on the ground in Ukraine and moving forward with plans to reopen the American embassy in Kyiv.