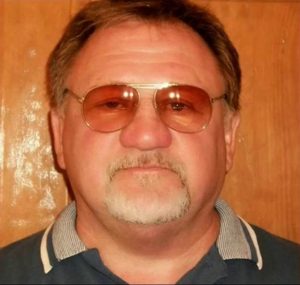 Washington, D.C.- President Donald Trump lauded the “heroic actions” of the Capitol Police in the wake of a shooting Wednesday at a baseball field in Alexandria, Virginia, in which Republican lawmaker Steve Scalise and several others were injured.

“Many lives would’ve been lost if not for the heroic actions of the two Capitol Police officers who took down the gunman, despite sustaining gunshot wounds during a very, very brutal assault,” Trump said in the Diplomatic Room at the White House, announcing the gunman had died.

“We can all agree that we are blessed to be Americans,” the president added. “Our children deserve to grow up in nation of safety and peace and that we are strongest when we are unified and when we work together for the common good.”

Trump also acknowledged the service of those working in and for government.

“We may have our differences, but we do well, in times like these, to remember that everyone who serves in our nation’s capital is here because, above all, they love our country,” he added.

Trump did not name the gunman who has been identified as 66-year-old James Hodgkinson of Illinois. Law enforcement officials said Hodgkinson was overheard asking, “Are these the Republicans or the Democrats?”

Officials have said the portion of the investigation dealing with the shooter’s possible motives remains unclear.

During President Trump’s remarks, the president wished Scalise and the others who were injured a quick recovery. The two officers are also recovering in the hospital.

“Congressman Scalise is a friend — a very good friend,” Trump said, calling him a “patriot” and “a fighter.”

Trump said he talked to Scalise’s wife, Jennifer, and pledged “full and absolute support — anything she needs.”

The White House said Trump has spoken with Scalise’s Chief of Staff, as well as the Chief of the Capitol Police, Speaker of the House Paul Ryan, and Senate Majority Leader Mitch McConnell. Vice President Mike Pence has spoken with Ryan, McConnell, Rep. Joe Barton, Sen. Jeff Flake, and Francis Brooke, a member of Pence’s staff who was at the baseball field.

Trump’s previously scheduled event at the Labor Department was cancelled after the shooting.

First Lady Melania Trump also took to Twitter to thank the first responders on the scene.

“My father said this morning, it is times like these we must all work together for our country, and we appreciate you doing just that,” she opened the roundtable.

This article first appeared on nbcnews.com