“Probably about a 40% decrease since the first of October.”

While there’s a county ban, medical dispensaries are legal in the city of Klamath Falls.

Medina says that some of the decline in sales is due to marijuana harvest season – and, customers exploring recreational sales options elsewhere…

“A lot of people probably driving to other areas to check out the recreational stores personally.”

Recreational sales are banned in both the city and county.

“And pretty much it’s either sending them to Bend, or Ashland – because that’s just the only places near us that are selling any recreational marijuana.”

Medina believes that eventually, the city and county will allow recreational sales.

But for now, Medina says the future of his business is uncertain…

Petitions are currently being circulated to overturn the Klamath County Commissioner’s ban on retail sales of marijuana.

Backers need to gather over 900 signatures to place the issue on the May ballot. 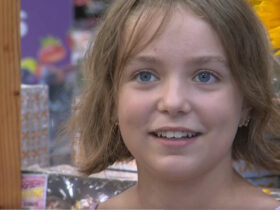