On Friday night, police say a woman had a dispute with her boyfriend and he took off with her car.

Officers spotted the car a short time after and arrested 33-year-old Justin Bowlin for unauthorized use of a vehicle and disorderly conduct.

Bowlin was wanted on a nationwide warrant for burglary and aggravated endangering. Bowlin was then booked in the Curry County Jail. 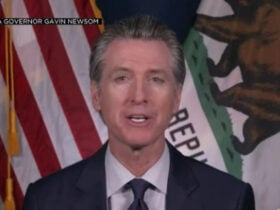