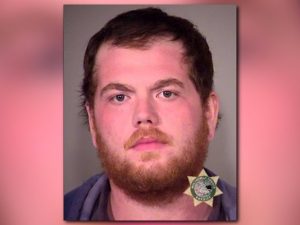 Portland, Ore. (KGW) Police arrested a Portland father accused of intentionally dropping his 5-week-old son on his head and throwing him into a chair.

Police said the baby was still in the hospital Wednesday, but should survive.

The police bureau’s child abuse team began investigating the incident over the weekend. After interviewing Phelps, along with the baby’s 19-year-old mother, detectives arrested Phelps on Tuesday.