Klamath Falls, Ore. – Some people in Klamath Falls aren’t happy with a proposed move by the local Department of Human Services office.

The Oregon D.H.S. announced recently that a new Klamath Falls office would be constructed at ‘Timbermill Shores’, the former site of the Modoc Lumber Company on Lake Ewauna.

Todd Andres was concerned that the community was not involved in the decision.  “In this case, I am not aware of the public comment process focused on this issue taking place.”

Many speakers were from Klamath Works, a group developing a human services campus in Klamath Falls.

Klamath Works had hope the new D.H.S. office would be on their property.

Alan Eberlein of Klamath Works says the Timbermill Shores property should focus on retail business.  “If you want a robust, vibrant downtown, you need to separate the retail and social services.”

Mike Angeli agrees.  “If we take it and backfill it with government agencies and entities, we’re going to lose that.”

Councilman Dan Tofell expressed his frustration.  “I’m baffled why they chose that site over the other one, but to tell you, I don’t know what we as a city can do about it – we didn’t get a vote.”

For now, Oregon D.H.S. is standing by the decision to build at Timbermill Shores.

The Klamath Falls Mayor and City Manager say they’ll reach out to the state over the concerns. 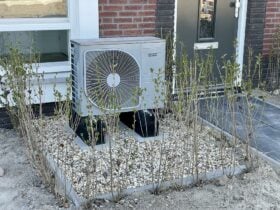