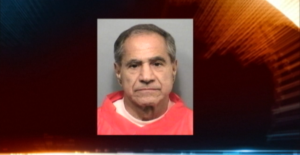 CALIFORNIA (NBC)- A California parole board today voted in favor of releasing the man who assassinated Senator Robert F. Kennedy in 1969.

Sirhan Sirhan has served 53 years for the murder, and is now 77 years old.

At today’s parole board hearing, Sirhan said he has learned to control his anger and is committed to living peacefully Two of RFK’s sons spoke in favor of Sirhan’s release at the hearing.

Next, California parole board staff will review the decision then send it to the governor. He will have 30 days to decide whether to grant parole, modify it or reverse the decision entirely.

Robert Kennedy, brother to President John F. Kennedy, had just won the California Democratic Presidential Primary when he was assassinated in Los Angeles.