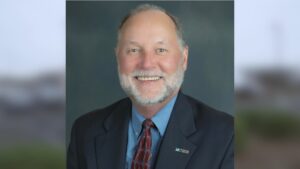 SOUTHERN OREGON— Rogue Credit Union’s CEO and President will be retiring in the Spring of 2022. The company made that announcement on Wednesday, March 17th.

CEO Gene Pelham has worked with Rogue Credit Union for more than 18 years, taking over as the president in 2007.

When Pelham started, the company had only 7 branches, it now has 27.

“I have been fortunate to work with a board which always put our members first and a team dedicated to the service of others. I am honored to have had the opportunity to serve the members and staff of Rogue Credit Union,” said Pelham.

Executive President and COO of the Union, Matt Stephenson, will be taking over as president when Pelham steps down next year.