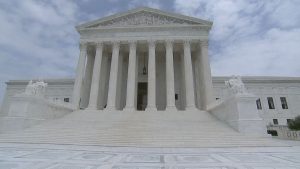 The court’s action could push New York to re-evaluate those restrictions, which were put in place in areas designated as hard hit by the coronavirus.

The suit was brought by the Roman Catholic Church and Orthodox Jewish synagogues in Brooklyn and Queens.

The groups sued to challenge caps on attendance limits at 10 and 25 people.

The court’s action won’t have any immediate impact since the two groups that sued have since been subject to less-restrictive rules.

The court’s majority said the restrictions “single out houses of worship for especially harsh treatment.”