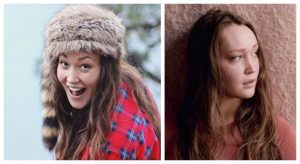 Multnomah County, Ore. – Portland police said the search of the Columbia River Gorge for 21-year-old Anna Schmidt has been suspended. Over 150 miles of trail systems have been searched in the gorge using air, ground, and K9 resources. No signs of Schmidt have been found.

The Portland Police Bureau said Schmidt was reported missing on October 19th. She was last seen by her roommate on October 16th. Officers said she is a hiker and recently bought a tent and backpack.

Police said her vehicle was found on Friday, October 21st in the Columbia River Gorge near the Bonneville Dam. Investigators suspect she may have gotten lost or injured while hiking. Foul play is not suspected.

According to PPB, search efforts will resume when search coordinators establish credible leads.

PPB is asking anyone who may have been hiking in the gorge over the past few days to report any sightings of Schmidt to police. If you see her, call 911. Anyone with non-emergency information is asked to contact Detective Heidi Helwig at [email protected].