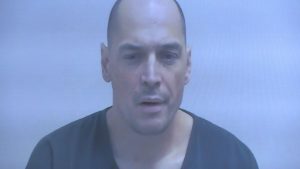 MEDFORD, Ore. — A man accused of hiding out in the girl’s locker room at a local middle school faced a judge again on Wednesday.

Curtis Stevenson has been in jail since June, after police say he was found hiding in the girl’s locker room at Talent Middle School.

The school says a student let him inside after he posed as a dad.

While police say the registered sex offender never made contact with any students, a recent search of his cell phone revealed pictures of female students in that locker room.

All of them were clothed.

Stevenson is now facing nine counts of attempting to use a child in a display of sexually explicit conduct.

Those charges are related to a separate investigation that began in may of 2018 when police say Stevenson uploaded pictures of children being sexually abused online.

On Wednesday in court, the judge added $100,000 dollars bail on both of his new charges.

Stevenson will be back in court next week.