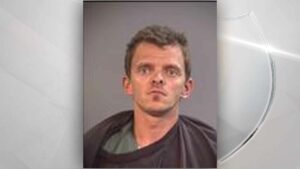 JACKSON COUNTY, Ore. – A convicted sex offender will spend over a decade behind bars for sexually abusing a minor.

The Jackson County District Attorney’s Office said in 2018, Joshua Edward Curphey was found guilty of having sexual intercourse with a minor. He was sentenced to 30 days in jail, according to court records.

Prosecutors said in 2019, a girl told a caregiver she had been sexually abused by Curphey for several years. She reportedly described multiple incidents of abuse.

Curphey was arrested after the girl made her disclosure and has been in the Jackson County Jail since April of 2019.

Curphey’s crimes were Measure 11 offenses, so he won’t be eligible for early release and will serve all 150 months of his sentence.